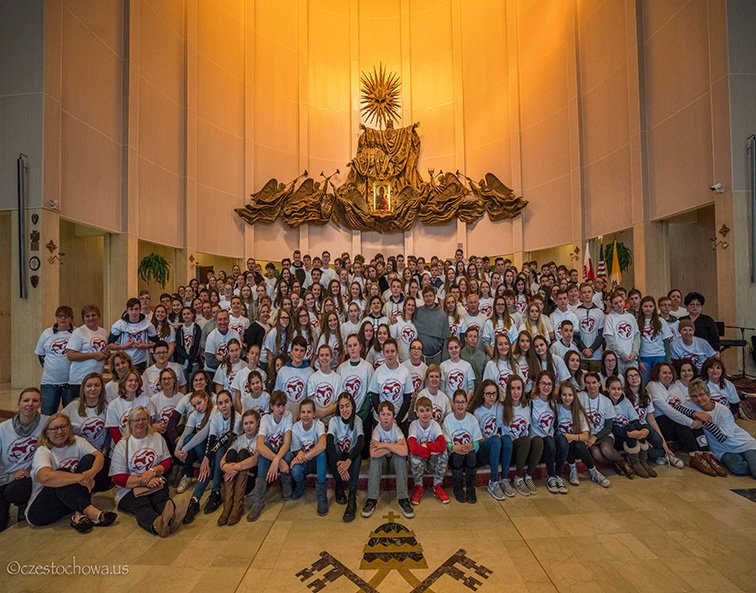 Every year a retreat for Polish Youth from the Polish Schools on the East Coast of the United States is organized at the National Shrine of Our Lady of Czestochowa.  This year’s retreat took place on February 16-17, 2019. In reference to the recently completed World Youth Day in Panama, the meeting with young people in Doylestown took place under the name: “Panama 2019 at American Czestochowa: Behold I am a handmaid of the Lord. May it be done to me according to your word!”. The retreat was led by Father Marek Stybor, OFM Conv, a Franciscan from New Jersey, Centrala Polskich Szkol Doksztalcajacych CPSD (Polish Supplementary School Council of America Inc.) who, took care of the organizational side. Father Marek was also supported by Father Tadeusz Lizinczyk, Provincial of Pauline Fathers & Brothers in the US and at the same time the Chaplain of CPSD in America and Father Karol Jarząbek from the Parish of Saint Stanislaus Biskup and Martyr from Manhattan. from New York. In addition, Adam Maciejewski from Poland and Thomas Vondiezelski from the USA gave their testimonies during the retreat. Music and worship ministry were provided by the members of the Effatha, a music group from New York.

Overall about 250 young people from 16 Polish Supplementary Schools from various US states (New York, New Jersey, Connecticut, Massachusetts and Pennsylvania) took part in the retreat, along with teachers and chaperones.

Photos from the Retreat

Group Photos (of each school, that participated in the retreat)

Banquet for the Anniversary of the Polish Language School