IMPORTANT INFORMATION – The celebration of public Masses at the Shrine will resume on June 6th – More information
LET’S BE UNITED IN PRAYER – PRAY WITH US! – Read more
Our Religious Article Center is OPEN! Please read more here 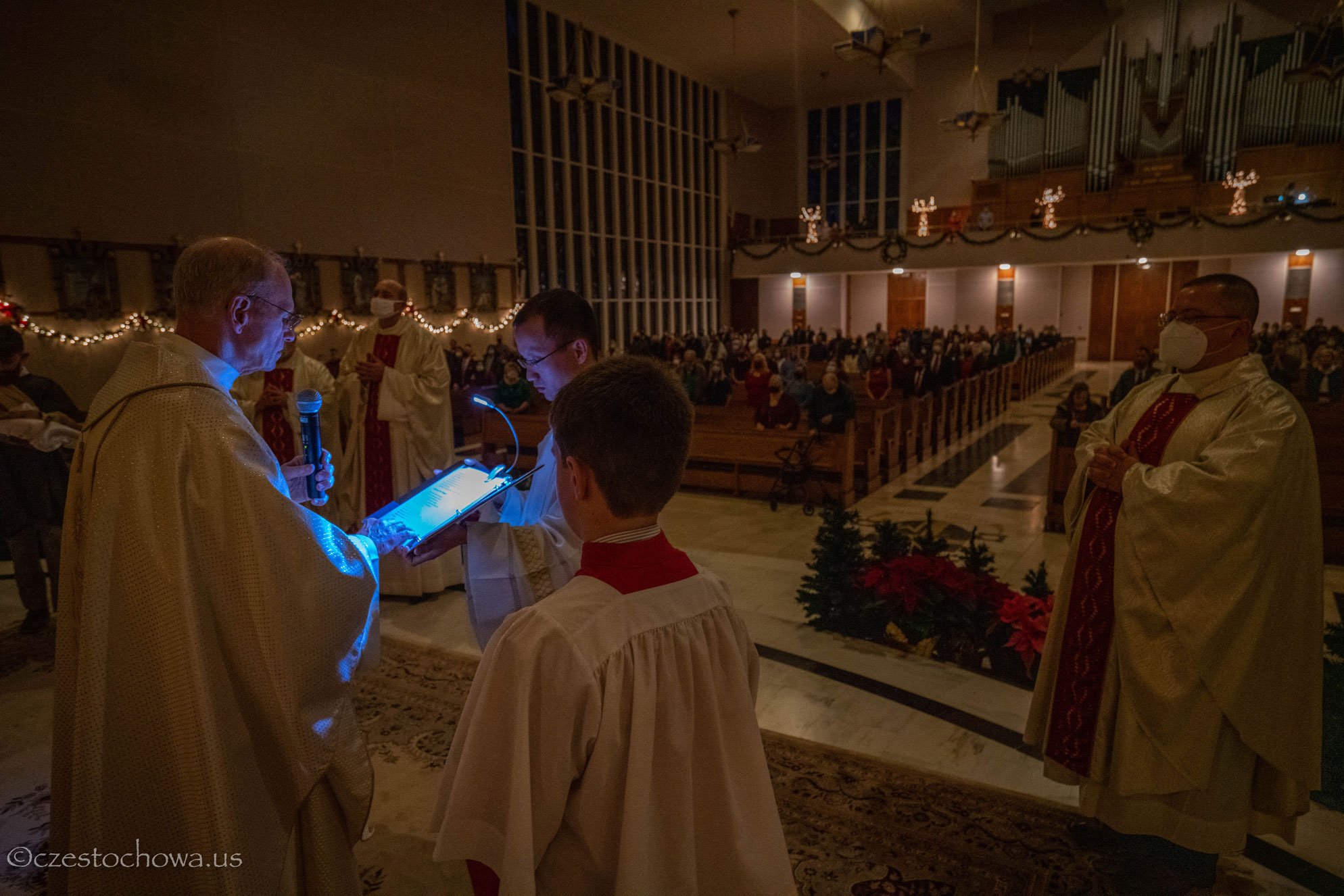 The Word became flesh and made his dwelling among us (John 1:14)

Saint John, describes differently from the Evangelists- the coming into the world, the Son of God. This description is based on two symbols: the word and the light, a more mystical meaning, reflecting on the spirit and not only on the historical facts. Of course, we need to know when and where Jesus was born, who was present at His birth, so as not to diminish saving this event to some ancient mythology or science fiction novel. The description of Jesus’ birth according to St. John is needed, since it gives off the spirit and mysticism of Christmas, allowing us to look at Christ differently, to feel more into it, what He had felt, especially His loneliness, rejection, and indifference from those to whom He came. No other description describes so strongly the pain of God, who had to break through the veils of darkness, not only a physical one, but above all the spiritual one, in order to reach humanity living in this darkness. How much effort does the light have to go through in order to squeeze through the darkness and illuminate someone’s surroundings, show them the right path, and calm down their fear? The world of physics talks about the interaction of light with matter. Light as an electromagnetic wave is propagating disturbances in the intensity of electric and magnetic fields. Light disturbs matter, just like the light that is Jesus Christ which diverged from Bethlehem 2000 years ago and disturbed the matter of this sinful world that lived in darkness.

The darkness and singing of Rorate Caeli hymn accompanied the commencement of the liturgy of the Christmas Mass in American Czestochowa. In a solemn procession, the Baby Jesus was brought, God among us- Emmanuel- illuminating the darkness of this world that is torn by suffering, disease, and sin. Little Baby Jesus in a manger became a sign of God’s presence and the blessing that strengthens every human being, a sign of God’s fidelity, who once again trusted the man and decided to come to his aid, as Father Tadeusz Lizinczyk, Superior of the American Province of the Pauline Order mentioned in his homily during the midnight mass.

Like every year on Christmas Eve, two Christmas masses were celebrated in our Sanctuary: the first in English at 5:00PM and a traditional Polish midnight mass. Due to heavy rainfall and strong wind gusts, many faithful ones could not come to pray together. Many chose to stay at home and connect with the American Czestochowa through the media. The online transmission included the following Holy Masses: December 24th- Christmas Eve Mass at 5:00PM in English. On December 25th, midnight mass in Polish, as well as, 9:30AM mass in Polish and 11:00AM mass in English.

Due to prevailing coronavirus pandemic and restrictions, the arrangement of Christmas decorations had been changed. The traditional moving Neapolitan nativity scene was moved to the Visitor Center building, in the main church there was a large nativity scene combined with the altar, with the figures that were seen from distance due to their size. When mentioning decorations, one should thank the Pauline Fathers and brothers, as well as, all the volunteers for the effort put in preparing the Sanctuary for the Christmas experience.

Thanks are also due to the organist Pawel Raczkowski, the choir, brass band and every assistant preparing and conducting the liturgy of the Holy Masses.

This page is also available in: polski (Polish)

The Epiphany Blessing at the Monastery and the Shrine