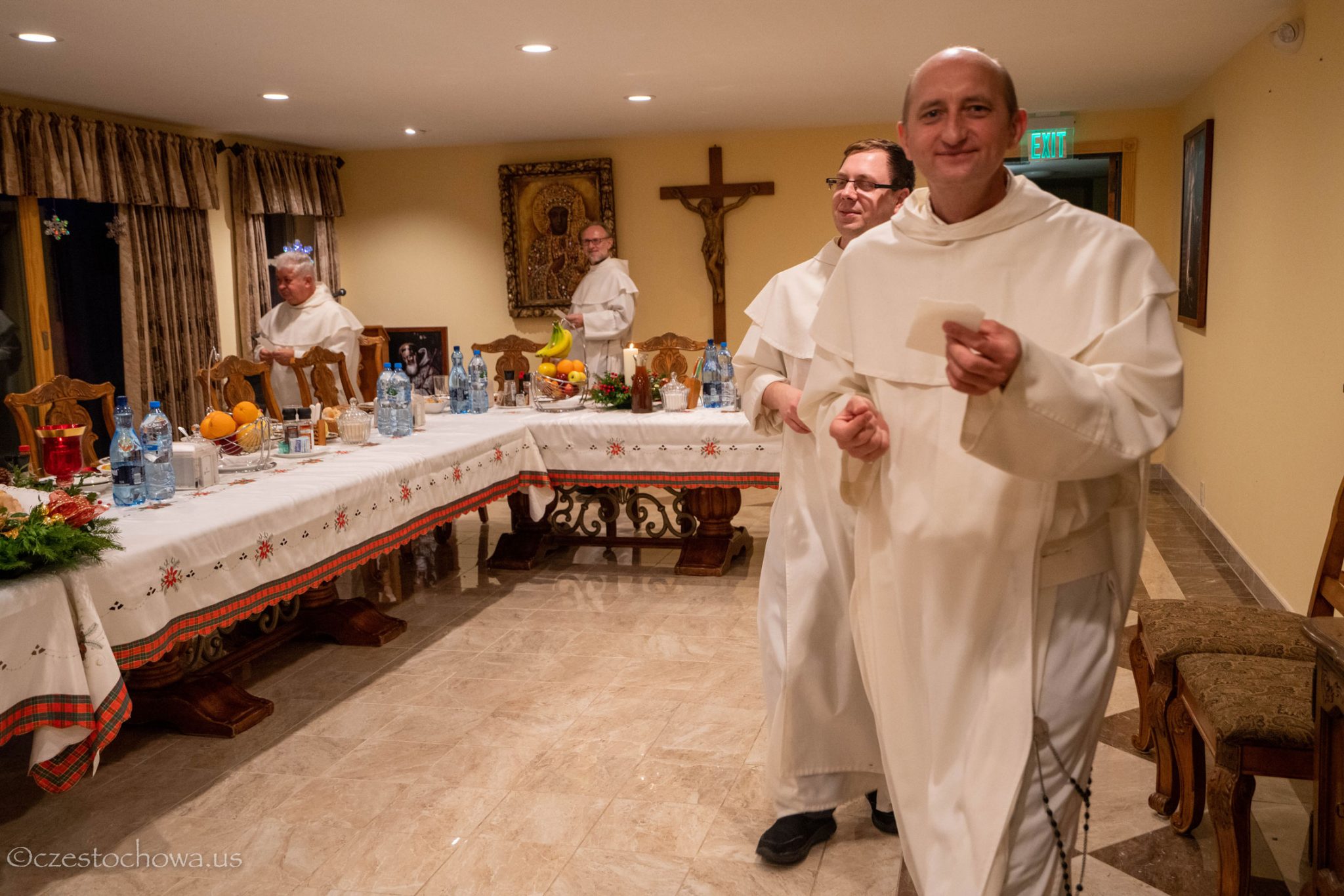 Christmas gives off the feeling of togetherness, gathering families at the table on Christmas Eve, allowing them to break free from their life’s problems for a while, focusing on God and His infinite love for man. It is no different in monasteries, where the Christmas table is also prepared and everyone sits together to eat. No one should feel lonely at Christmas.

In our Pauline monastery that we serve at, American Czestochowa, the Christmas Eve supper was held at 7:00PM, preceded by the Christmas Vigil Mass in the church with the faithful at 5:00PM with solemn vespers which were held in the monastery chapel.

Before sharing a Christmas meal, we read the passage from Luke’s gospel talking about the Nativity of Jesus, shortly afterwards we shared gratitudes and wished each other well. The wishes were started by Father Krzysztof Drybka, a prior, who thanked each Father and brother for their presence, for strengthening and formation of our community by being of service to the pilgrims, which in the weeks leading up to the holidays- it was a particularly demanding time- due to the crowds of pilgrims coming to the Mother’s House to cleanse their hearts in the sacrament of confession. The Christmas Eve meal consisted of traditional Polish dishes that should not be missing at the Christmas Eve table. Eating was interrupted by the singing of Christmas carols chanted by individual Fathers in several different languages. At midnight, Pauline Fathers and brothers participated in the traditional Midnight Mass in American Czestochowa.

Christmas Eve at the Pauline Monastery in Doylestown – Video