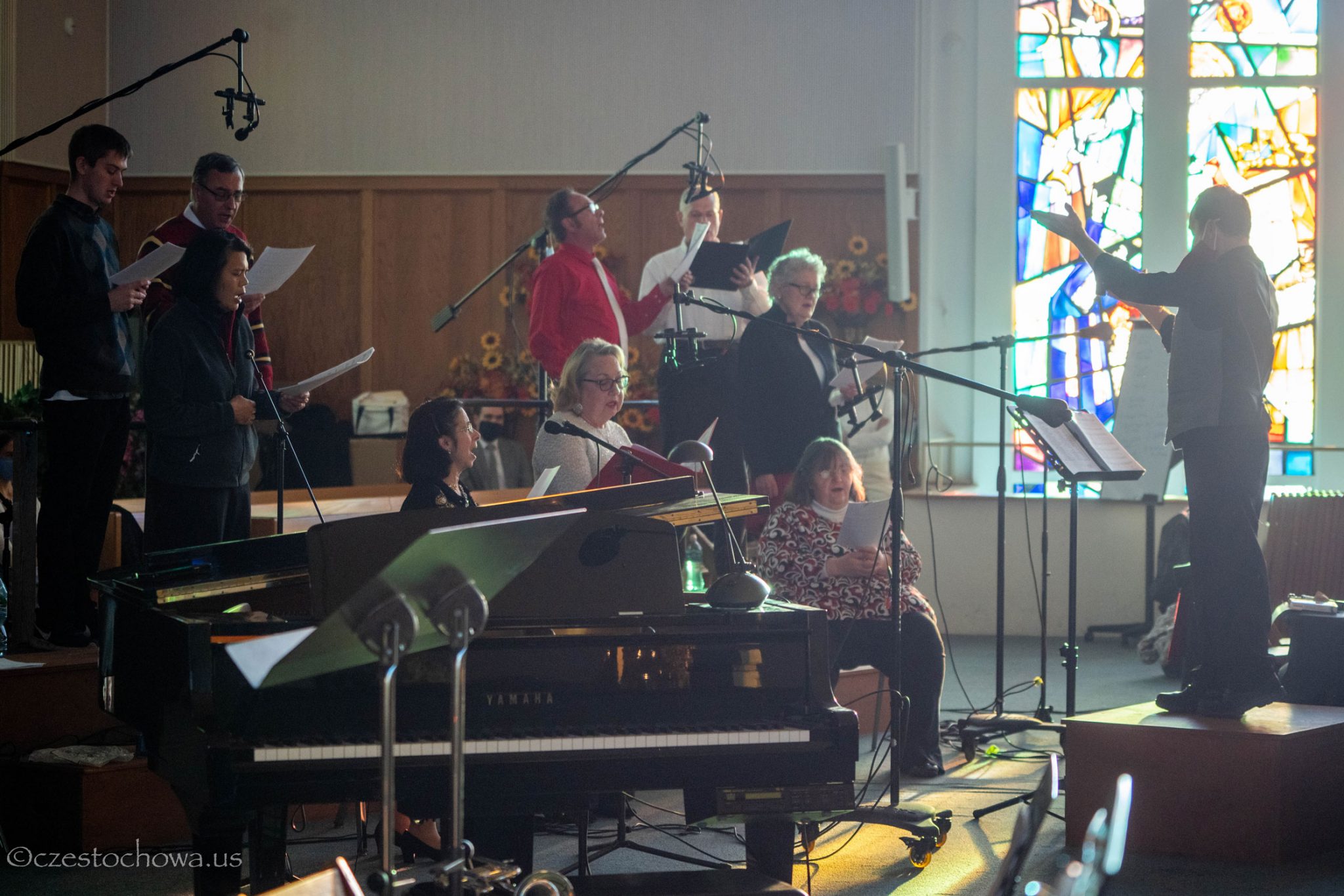 One of the characteristic realities summarizing the symbolism and reflecting on the spirit of Christmas are Christmas carols and pastorals, which allows us to tell the story of the birth of Jesus through singing. Christmas carols represent a special religious wealth of each country, as sung in different languages they allow you to feel the spirit of community based on faith and love for our Lord. The wealth of the United States is undoubtedly multiculturalism, also in a religious sense, because this country was created and is created by the generation of emigrants from different parts of the world, who brought with them characteristic Christmas customs and songs. This mosaic of many cultures is perfectly visible in American Czestochowa where pilgrims of various nationalities come. Those who are more connected with this place decided once again to gather and sing Christmas carols together. The concert of Christmas carols in American Czestochowa happened during the Holy Family Sunday on December 27th at 3:30PM in the main church. It could accommodate more faithful ones than the chapel of St. Anne’s where concerts had taken place before.

This year we were able to hear twenty performers who sang in different languages and played on the instruments. The whole concert was supervised by Mr. Pawel Raczkowski, an organist serving at our Sanctuary. Thanks to his determination, it was possible to create an interesting repertoire of Christmas carols in English, Polish, and Latin- performed by the sanctuary’s choir, the Pauline Fathers, Renewal in the Holy Spirit, the Charismatic Group, a brass band and soloists. Thanks to the possibility of video live broadcasting, the concert could reach the larger audience and enrich the Christmas experience. We would like to thank all performers and organizers for their commitment and beautiful voices that were used to praise the Newborn Jesus. A recording of the concert can be viewed at the Shrine’s website and on the YouTube channel of American Czestochowa at the following link:

The Epiphany Blessing at the Monastery and the Shrine