The Icon of Our Lady of Czestochowa at 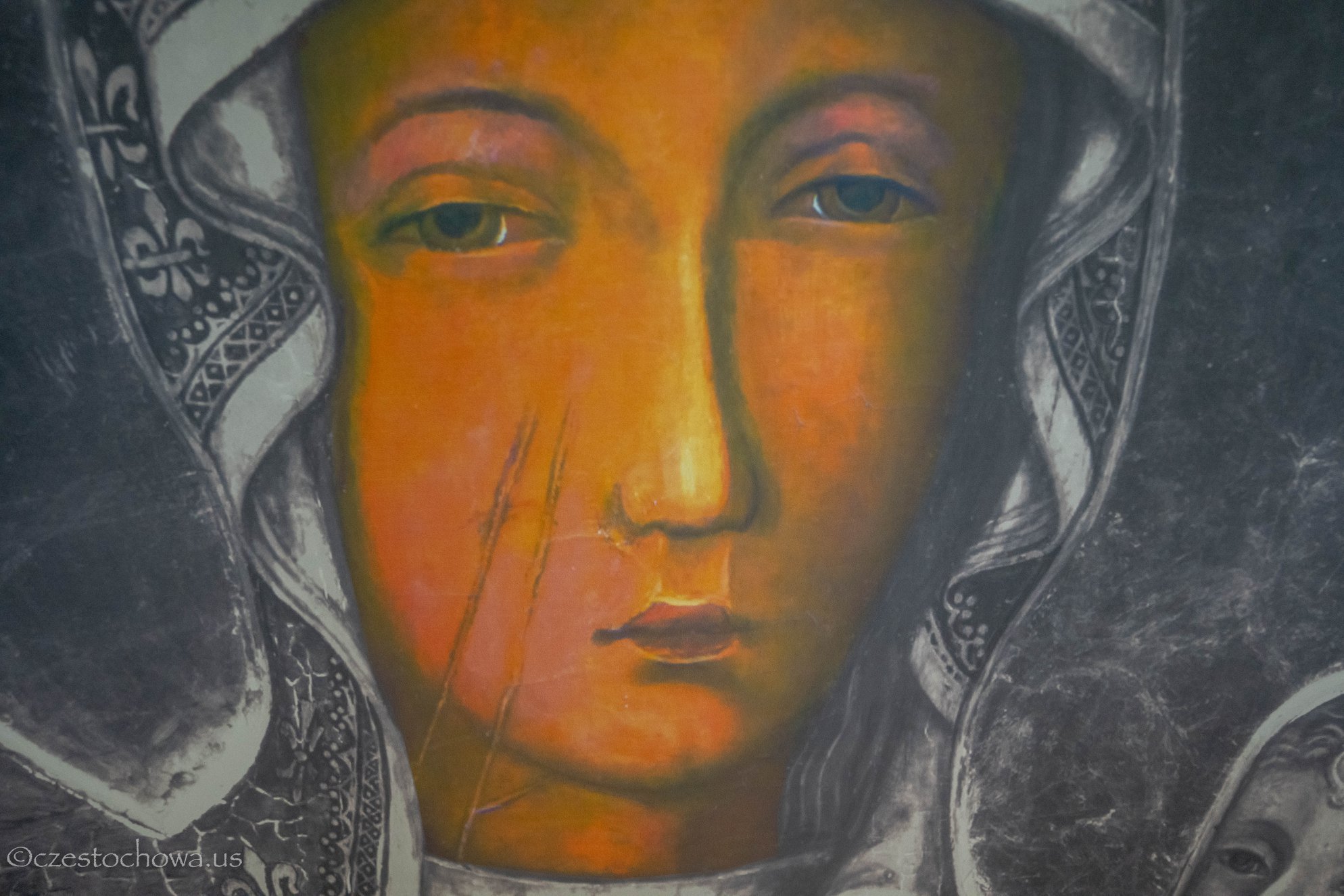 Description of the Icon

The Icon of Our Lady of Czestochowa is painted on three linden boards having the following total dimensions: height, 47.6 inches; width 32 inches; and maxium thickness, 1,37 inches. The Icon depicts the Blessed Virign Mary standing with the child Jesus in her arms. Both having expressions of thougtfulness, Mary looks at the faithful, while the child directs His gaze toward the pilgrim and beyond.  The Blessed Mother’s right cheek is marked with two parallel scratches, while third scratch is on the nose line. On the neck we can see six cuts, two of which are clearly visible, while the other four cuts are more hidden. The Child rests on Mary’s left arm; in His left hand He holds a book, while He raises His right hand in a gesture characteristic of teaching or blessing. The right arm of Mary points to Jesus, who is the only Savior of the world.

The Miracles of the Icon

From the beginning, the miraculous Icon became famous for its countless miracles. Over the centuries, these miracles have caused many pilgrims throughout Poland and from distant coasts of Europe to visit the Marian Shrine of Jasna Gora. Signs of the pilgrims’ devotion to the blessed Mother were countless votive offerings, which can be measured today by the value of the intentions of the faithful and not of their material worth. One of the most moving and extraordinary votive offerings at the Shrine is the one left by St. John Paul II. Currently exposed in a special container on the altar of Our Lady is the belt of his cassock, shot through and bloodstained during his assassination attempt in St. Peter’s Square on May 13, 1981. 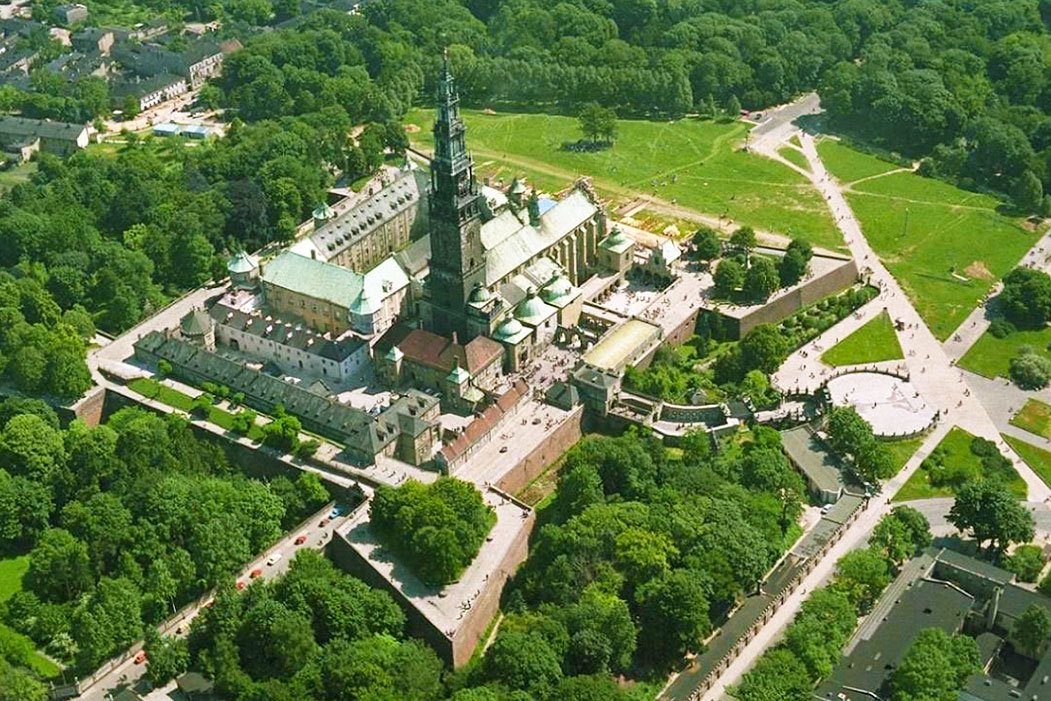 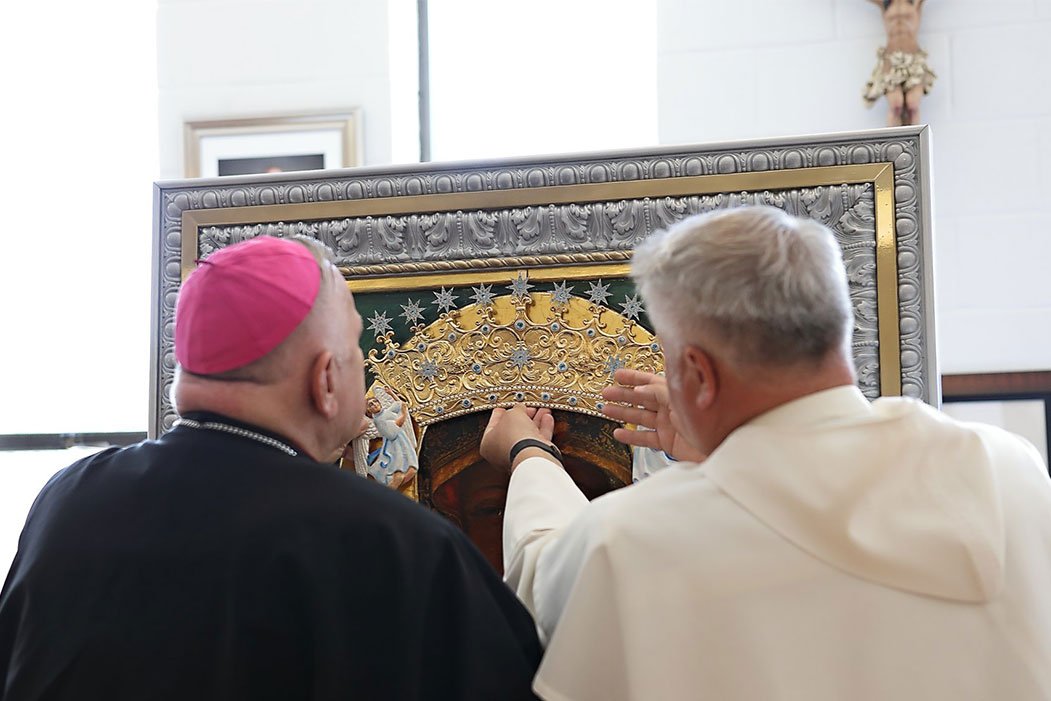 The Coronation in Czestochowa

The image of Our Lady of Czestochowa, from the beginning of the Shrine, was recognized as extraordinary, surrounded by the devotion of the faithful (including Polish kings), who offered her numerous gifts and votive offerings. Jan Długosz calls Our Lady of Czestochowa “the most worthy Queen of the world and ours.”

The first coronation of the Image of Our Lady of Czestochowa took place on September 8, 1717. It was the result of centuries-old Polish devotion for the Blessed Virgin displayed by all people and rulers of the Polish nation. The decision to coronate the Icon was taken by Pope Clement XI, who offered precious crowns.

However, on the night of October 22-23, 1909, these crowns, together with the pearl dress surrounding the Icon of Our Lady, were stolen by unknown perpetrators.

The theft of Pope Clement XI’s crowns caused grief not only in the Polish nation, but also moved Pope Pius X, who then said: “I have just learned that Poland is crying. I decided to offer the crowns to the Holy Mother in place of those that one of my predecessors sent. I only regret that my poverty did not allow me to make a gift so magnificent that my heart wanted to offer. If it were in my power, then I would make a miracle to make my gift as magnificent as possible to express my devotion to the Mother of God and my love to the Polish nation.” 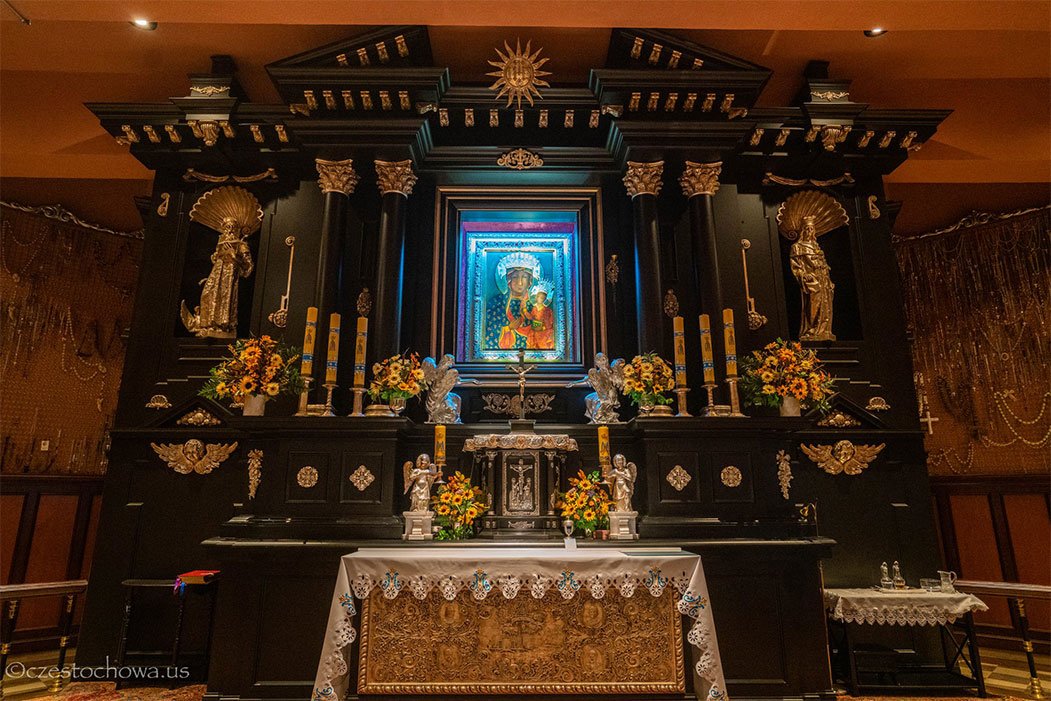 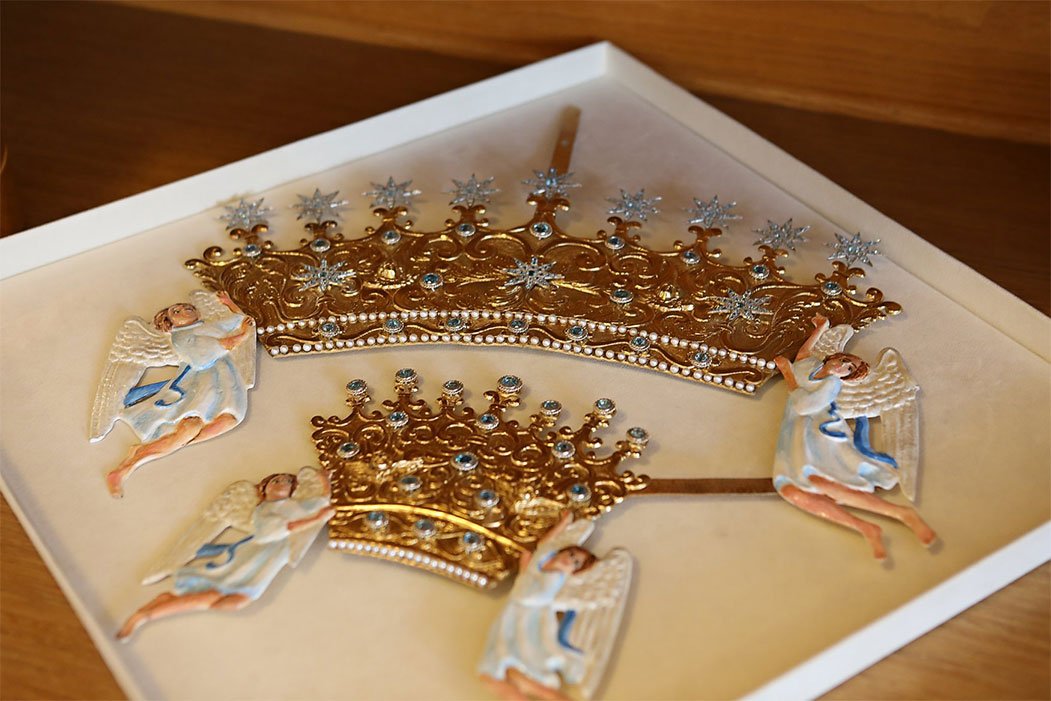 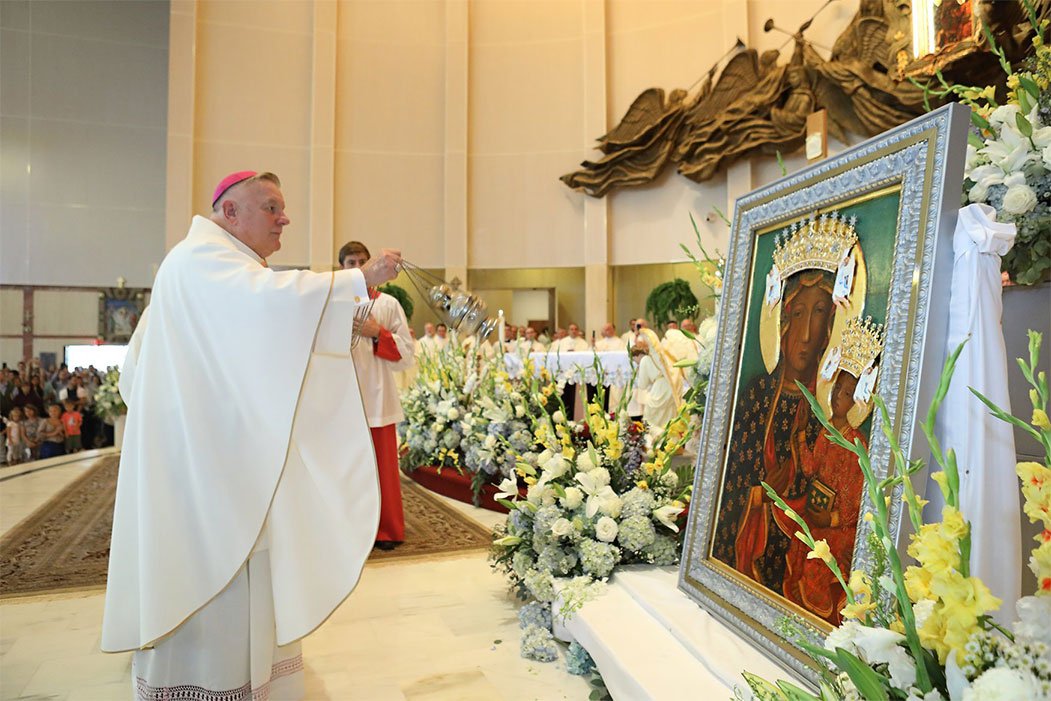 The solemn coronation took place on May 22, 1910, in Czestochowa, and the crown was imposed by Bishop Stanisław Zdzitowiecki.

In the second half of the twentieth century, several other crowns were made and offered. The most important of these are the crowns founded on the Millennium of the Baptism of Poland in 1966, for the coronation done by the Servant of God, the Primate of Poland, Stefan Cardinal Wyszyński. At the end of his life in 2005, Pope Saint John Paul II also offered crowns for the Mother of God. The coronation with these crowns took place on August 26, 2005, on the solemnity of Our Lady of Częstochowa. The last crowns were offered in 2017 for the 300th anniversary of the first papal crowning of the Icon, as a foundation of the reconstructed stolen crowns of Pope Clement XI, made by the Italian Archdiocese of Crotone-Santa Severina. The crowns were blessed by Pope Francis on May 17, 2017.

The copy of The Icon of Our Lady of Czestochowa, will be crowned on August 25, 2019, by Archbishop Charles Chaput of Philadelphia. The crowns were offered by the Pauline Fathers and Brothers along with the pilgrims of American Czestochowa, and blessed by Pope Francis at the Vatican, in St. Peter’s Square, on June 12, 2019. 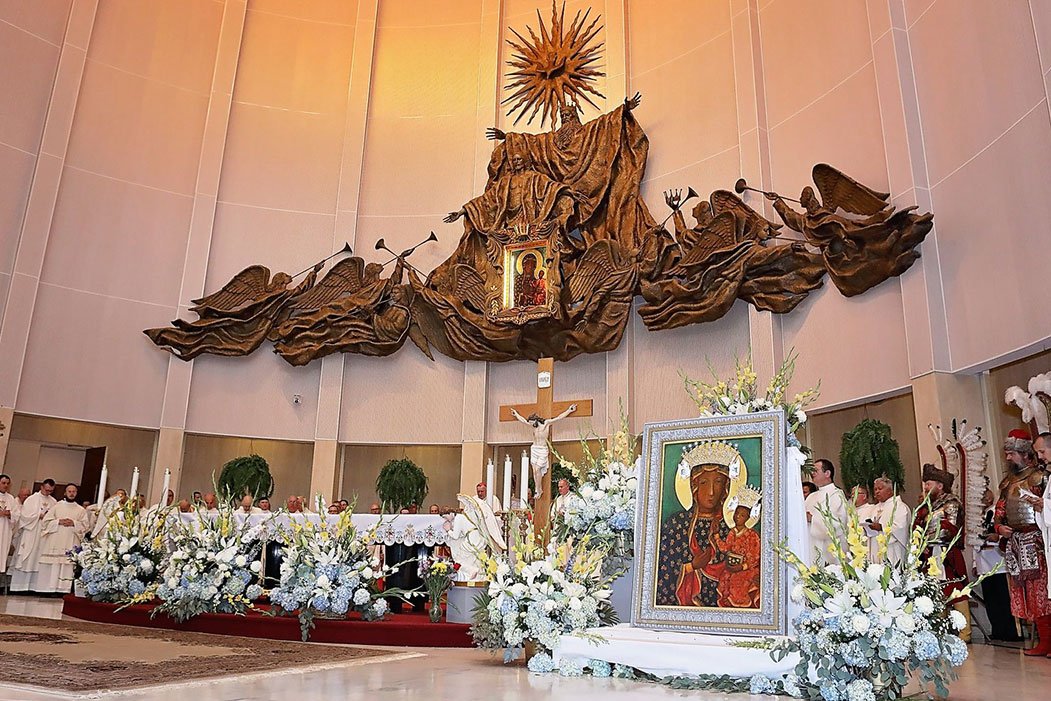